Metal Slug: The Ultimate History is the first officially-licenced book to document the lineage of one of gaming’s most beloved franchises.

An instant classic upon its debut in 1996, the original Metal Slug laid the foundations for an action-packed series which would become globally renowned for its tight gameplay, gorgeous hand-drawn visuals and playful sense of humour. Metal Slug has effortlessly retained these core attributes across multiple sequels and spin-offs in the years since, and this publication – the first officially-licenced and fully-endorsed book of its kind, ever – aims to not only illuminate the rich history of the franchise via hundreds of carefully curated screenshots and a comprehensive written account of its often mysterious history, but also seeks to celebrate the iconic artwork which has made millions of players fall in love with the antics of the plucky Peregrine Falcon Squad.

To help achieve this goal, SNK has offered unprecedented access to its vast archives of high-resolution concept artwork and illustrations, some of which is being made publically available for the first time. The book also contains 11 exclusive and incredibly detailed interviews with key members of the development team, including Kazuma Kujo, Takushi Hiyamuta, Andoh Kenji and Takeshi Okui, the latter two of which have never spoken about the series previously. These insightful discussions bust myths and reveal the real truth behind the creation and evolution of this esteemed franchise, extensively covering the formation on Nazca and the truth behind Metal Slug Zero – the version of Metal Slug that existed, before Marco and Tarma, when you controlled only the SV-001 tank. The book also explores the roots of Metal Slug, looking at Irem titles In the Hunt and GunForce II and how these arcade cult classics influenced what was to come later.

Canada
I recommend this product
Books beyond beautiful

I am a proud owner of several Bitmap Books and the recent addition of the Metal Slug: The Ultimate History is as special as any of their books. There is a perfect ratio of stories vs pictures. The quality of the pages and the printing is on par with what you could expect from them. Highly recommended despite the fact it could be a tad expensive. Do not worry, you get your money’s worth for sure.

Spain
I recommend this product
Perfect

As far I can see the book itself looks very high quality, and is worth it. But specially, kudos to Bitmap Books, with less than a week, they sent the tracked order and got delivered, and the quality of the package protection is superb, it arrived on a perfect condition! 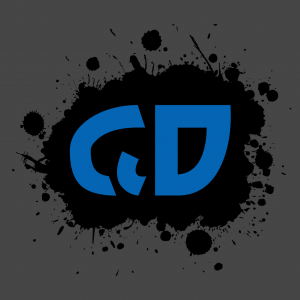 High quality book with lots of content. Quality wise (print and content) probably one of the best gaming books I got.

United States
I recommend this product
My new favorite bookstore

I've always been a fan of the metal slug series since Metal Slug 3. This book is my dream come. So many details on every single game. It is 100% the best video game book I have read in a long time. Not only is this book amazing, the whole website as amazing. I'm definitely buying more books from this website as soon as I can.

Germany
I recommend this product
Simply an amazing book!

I have been a fan of Bitmap Books since the NES Compendium and have not regretted it since. The quality, the care and love that goes into these books is simply outstanding. And as a fan of Metal Slug I had to have this book as well and I have not been disappointed. Filled to the brim with the fantastic pixel art that made Metal Slug such a special series is wonderfully represented. Highest recommendation!